skip to main | skip to sidebar

Hope U Had A Great 4th Hope everyone's 4th of July was good. I work the night before so my family let me sleep until 3:45 that afternoon. I'm am not used to getting that much sleep and woke up with a headache. Pretty much had it the rest of the day. Zach spent the evening and night with his youth group, the THF Outfitters. I took Hayden to get a few fireworks. We let him do them in the backyard. Shame on us. Here are some fun photos of Hayden. I was on the couch by 10 waiting for Zach to call so I could go get him. I dozed until MN when he finally called. He had fun so that was good.
Yesterday we did some cleaning around the house, baseball practice and then we went to the Southwest-Western championship Little League game. Winner was to take all. As some of you may remember, Western Little League went to the Little League World Series to end up third so you can only imagine the excitement of this game and never mind it is a very big rivalry. We know alot of the kids that play on Southwest so we were pulling for them a little and the end result, Southwest-13 and Western-4. Looks like Lubbock will have a new representative from Lubbock for the first time in a long time. Good Luck Southwest.
Posted by neecie at 7/06/2008 03:48:00 PM 2 comments: 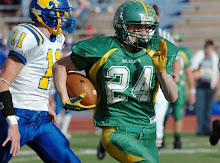 Pray and keep up with Tanner as he makes his recovery(click on picture). His page is Tanner24

neecie
I am a working mom of 2 busy boys and one crazy husband. Spend most of my time when I am not working as a nurse things with my family. We are very involved in our boys lives from school, church to sporting events.